We have three stories this week: returning contributor Tim Clark with his story Ghosts; The Dreamed End by Melvin A. Camasis; my story The Travellers.

I hope you enjoy reading them as much as we enjoyed writing them.

And stay tuned for an announcement about the direction Mercurial Stories is headed.

The Dreamed End
Melvin A. Camasis 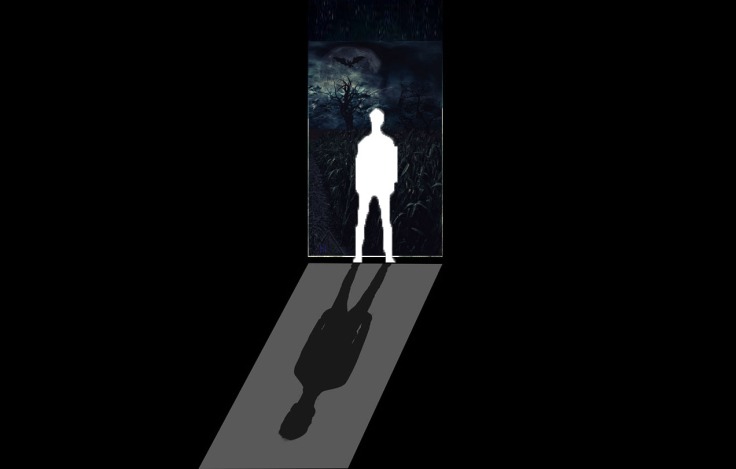 It’s already Friday, five o’clock in the afternoon. Coming back home from school, can’t wait to play my Nintendo Family Computer. Greeted everyone, telling them I’ve arrived home! Went directly to my room, laid my bag at the side of my drawer. Open the TV and played games the rest of the day. Mom called me out and ate dinner. After dinner played some more ‘til ten. Got very tired didn’t notice I was already dozing off in front of the TV.

Wandering off in my dream. Noticing that I no longer in our house, inside a big room that has a bed, a small couch, on top of the table is a laptop, desk lamp and a couple of books, pen, and paper notes. Besides the toilet is the door. I immediately run outside of that room but seems like I entered another one, a much bigger room that interconnects six rooms including the one I just came out off. I am now panicking up to my wits and my heart is just thumping so hard, can’t breathe air normally. I shouted very loud “WHERE IS THE DOOR OUTSIDE!”, And tears suddenly fell down my eyes. I prayed aloud saying “GOD, I know how terrible I am with my family and friends, is this my punishment?” I cried for two hours in the middle room sofa.

Suddenly heard a loud clicking sound, a very big television screen turned on and showed multiple partitioned screens on each one of the rooms and also showing on some of the screen, the most frightening thing outside of this big place. The structures of the buildings, trees, houses are unrecognizable. All turned to color black. So many dead animals, fishes on the waters. It’s like there are no more living thing can be seen. Now I remembered my family, are my parents dead? Am I really the only one who survived this terrible thing that happened outside?

I became more agitated. It prompted me to investigate from the other rooms. Maybe I can find something if I look around. The first room next to one I came out looks like a big kitchen with all kinds of frozen meat, fish, vegetables inside the freezer, on the cabinets different kinds of canned goods, cereals drinks, gallons of water, inside a fridge different kinds of fresh juices.

In another is a media center where there are different kinds of game consoles and cartridges, a big computer connected to a big screen, it really looks like a small cinema or movie and playroom. Continued on to another that looks like a gym with all the exercise equipment. Another is like a communication or control room. And lastly, a room full of books, like a personal library. Six different rooms complete with all necessities of life.

Then I heard multiple crashing and banging sounds. And a very familiar loud voice saying  “MELVS WAKE UP”! Woke up with my mom beside me, shoving me around. SNAP OUT OF IT!

After I quit smoking I joined an online support forum. It was my first real venture into the ethereal world of the internet. People would come and post about their struggles or victories, and receive advice or congratulations. One thing that was almost universally cursed, dreams of smoking.  People would rail about the dream that made them think they had started smoking again, only to realize they hadn’t. One of my online Friends said she loved her “smoking dreams.” She would never have to smoke again and could enjoy smoking without spending the money or ruining her health. The outrage was immediate and almost universal. She couldn’t really quit as long as she enjoyed her smoking dreams people said. I thought it was a fantastic solution.

Whatever the reason, I enjoyed seeing my friends and family stop by occasionally in the night. It was comforting, peaceful. They weren’t completely gone. I could see them occasionally. It was kind of a relief. As I got older and knew more dead people they quit showing up. Probably just as well, it could have been quite a parade. It might have just gotten too crowded so they just quit showing up.

Now, I am aging, and have seen the trials of everyday life. First hand I have seen the many ways simple things can become complicated problems. My dreams are haunted by deadlines passed. Ghosts of product shipped in error. Ghoulish specters of missed opportunities dance through my dreams. Sleep is never quite as restful when those visions come in the night. Emails and phone calls punctuate the seconds when you wake. It is a constant barrage of electronic questions demanding to be answered as they stream through the restless night.

I guess I still believe in ghosts. I just don’t like them as much. They aren’t as polite as they used to be.

At first, the Travellers were just a vague threat, shadows lurking within the shadows. Then I read The Borrowers and decided that the Travellers were simply a tribe of small people with a malicious streak. This changed the shadows, the mysterious creak of a floorboard, the rattling window panes. If I could catch a Traveller, then I could convince it to take me to the others so I could reform them as well. I imagined myself the giant queen of their clan, living off blackberries and crawfish, making myself a house with stick walls and acorn cap shingles.

I began to set classic traps, boxes propped up on sticks. When those failed, I covered my windowsill with glue and used my dad’s entire box of flypaper to line the trunk of the only tree whose branches came near our house. For a while, this went unnoticed by my family. Eventually, though, my older sister noticed the insect cemetery on the oak when she tried to rescue a skink that was struggling against its sticky fate. She sounded the alarm and my mother invaded my room only to find a similar mess on the windowsill where sugar ants had attempted to cross the glue.

As my mother was droning on about what she was going to do with me, I realized I was going about it all wrong. I didn’t need to catch a Traveller: they would come and catch me.

I calmly reached over to my nightstand and pushed the lamp to the floor. The light bulb shattered upon impact. My mother hissed, “What is the matter with you?” through her teeth. She commanded me not to move and ran to get the dustpan. By the time she returned, I had already managed to climb out the window. She looked down to where I was on the lawn and started to say something but was interrupted by the rock flying towards her head. I had a handful of nice, heavy granite and began to lob them at all the windows. The sound of glass breaking into sharp shards was almost as satisfying as everyone yelling at me to stop (or else).

That night, laying on my side, my backside sore from my dad’s belt, I smiled as I slipped into sleep, thinking that surely the Travellers would now claim me as one of their own. In the morning I would be disappointed but that night, I dreamt that they encircled my bed, twig torches ablaze, trying to figure out how to steal me away.

This site uses Akismet to reduce spam. Learn how your comment data is processed.